In order to successfully reduce greenhouse gas emissions from the maritime sector, Wikborg Rein stresses that the relevant actors and the various feasible technological options must be supported by a suitable regulatory framework. In this article, we will describe some of the most important regulations which may aid the development of new technologies and fuels, as well as the road ahead.

The International Maritime Organization (IMO) is considered the most prominent regulator of international shipping, including when it comes to decarbonization. In 2018, the IMO presented its Initial Greenhouse Gas Strategy, which targets a reduction in the total annual greenhouse gas emissions from international shipping by at least 50% by 2050 compared to 2008.

To reach this goal, the IMO have introduced a few regulations. The regulation most likely to impact the development of new technologies and fuels is the Carbon Intensity Indicator (“CII”) regulation, which will enter into force on 1 January 2023. The CII is an operational measure that will ensure continuous improvements to a ship’s energy efficiency by enforcing increasingly stricter emission targets for existing ships year on year. This will apply to almost all vessels above 5,000 GT, including cargo, tankers and cruise ships.

The actual CII attained will be documented (in most cases measured in grams of CO2 emitted per cargo-carrying capacity and nautical mile) and verified against the required CII. This gives a rating on a scale from A to E. The attained CII should improve annually. Ships rated E, or ships which for three consecutive years are rated D, will have to submit a corrective action plan showing how the required CII will be achieved. To promote continuous improvement of attained CII for all ships, it is expected that incentives will be provided by administrations, port authorities and other stakeholders to ships rated A or B. We therefore expect that the CII will encourage the development of new technologies.

The IMO is set to adopt an updated Greenhouse Gas Strategy in 2023, after which stricter measures are expected to follow. Even so, regional legislators and especially the European Union argue that the IMO’s progress is too slow. The EU have therefore suggested several regulations of their own, as part of their overarching ambition of cutting greenhouse gas emissions by at least 55% by 2030. Several of the proposed regulations impact the decarbonisation of shipping.

One important example in this regard is the proposed FuelEU Maritime regulation. One part of the regulation is an obligation for vessels to reduce the greenhouse gas intensity of fuel/energy used on board vessels. The proposal’s current scope is that it will only apply to vessels above 5,000 GT, regardless of flag with calculations differing based on whether a voyage is intra-EU or from/to EU from a third country jurisdiction. For those vessels to whom the proposal will apply, the required reductions in yearly average greenhouse gas intensity of the energy used on-board will be applied over time based on the following timeline:

How these reductions are to be achieved is not specified however. As a result, there has been some criticism that many shipowners will, at least initially, simply look to switch from more carbon heavy bunker fuels to lower emission fuels such as liquefied natural gas (from fossil fuel sources) and biofuels rather than seeking to switch to the use of zero-emission fuels such as electricity, hydrogen and ammonia. Whilst the European Commission has responded to such criticism by including specific provisions aimed at reducing the use of biofuels, biogas, renewable fuels of non-biological origin and recycled carbon fuels in its proposal, there will no doubt be continued criticism that the proposals do not go far enough, at least in the early phase of application. Some stakeholders argue that the FuelEU Maritime proposal does sufficiently incentivise the development of future fuels.

A number of our clients are of the view that the current regulatory status renders it difficult to make well-informed decisions regarding which technological solutions should be developed further. When regulatory requirements are unclear and come from various institutions, stakeholders are understandably unwilling to invest the considerable resources necessary to develop and scale a technological solution, as it ultimately may not be favoured by enacted legislation.

Moreover, some of the most promising technological solutions pose other regulatory concerns, related to inter alia safety concerns or the need to establish permit regimes. This includes autonomous vessels and the use of some alternative fuels, including ammonia and hydrogen. As these technologies mature further, we expect that the need for regulatory clarity will become even more accentuated. In conclusion, we believe regulation will be important in shaping the development of new technologies and fuels in the maritime sector for the years to come.

Wikborg Rein is delighted to be Gold Sponsor of the Singapore Norway Innovation Conference 2022 at which our Global Head of Renewable Energy, Mr Tormod Nilsen, will be participating in the “Innovation Pipeline” panel discussion.  Our Singapore office Managing Director, Mrs Ina Lutchmiah, will also be attending SNIC. 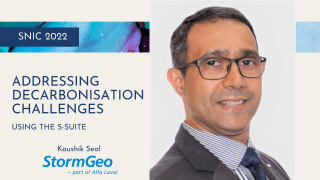 StormGeo. You can’t do much against nature. But we can tell when the storm is ... 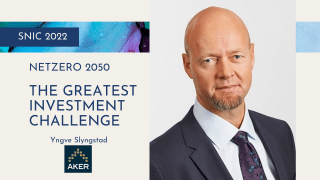 The net-zero challenge is urgent and large and affects all sectors, says Mr. Yngve Slyngstad. ... 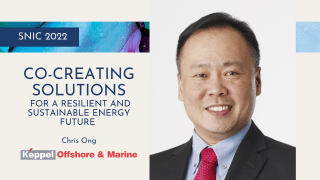 Co-creating solutions for a resilient and sustainable energy future

Balancing the energy trilemma would require political resolve and many policy tools. A warm thanks ... 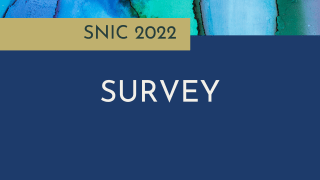 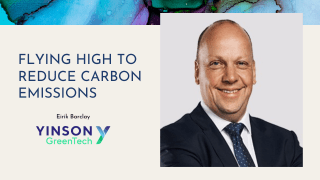 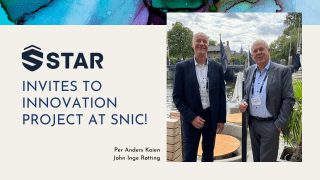 STAR is about to release new software tools for planning campaign-oriented maintenance, including coordinating the ... 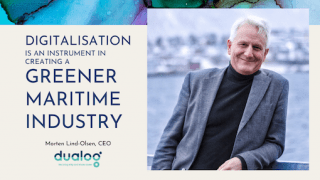 Dualog – Digitalisation is an instrument in creating a greener maritime industry 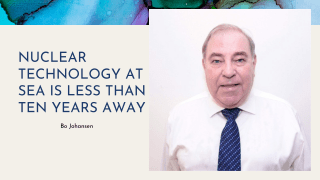 Bo Johansen: ‘Commercial nuclear technology at sea is less than ten years away’

The in-person Singapore Norway Innovation Conference 2022 on 18 November is brimming full, with 220 ... 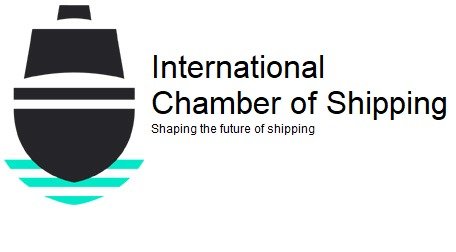 Living in Singapore and Norway. Founder of Lime Agency (Singapore) in 2015 and Snefokk Markedsføringstjenester (Norway) in 2021.