Flame of the Forest has produced the first official NBAS anthem, which will be featured in promotional videos and other NBAS material. Learn more about the Singaporean band and check out their music here.

The new NBAS anthem mixes Norwegian folk music with South East Asia and modern electronic music. The anthem is produced by Flame of the Forest, a Singaporean band with a long history of producing music that combines diverse genres. It was originally formed in the 1980s, but has in recent years seen a generational shift. Now, the band members are all students or recent graduates. The band got in touch with NBAS through their Norwegian classmate Sigrid Maria Inderberg, who plays the flute in the anthem.

Find out more about Sigrid, and listen to her music here.

How would you describe your own music?

“We do not consider ourselves to fit into a particular box, but we would probably go under the broad category of world music,” says Arthur.

The original sound of Flame of the Forest derives from a period where fusion music was popular. It was influenced by Indian traditional music, but combined a variety of genres and styles. In more recent times, the group has worked to find a sound that is authentic to them, combining their unique set of qualifications and experience. Consequently, it is now a combination of Irish folk music, African American jazz and blues, and North- Indian influence.

How did the NBAS anthem come to life?

The group had no previous connection to Norway before meeting Sigrid. When tasked with producing the new anthem for NBAS, the group deep-dived into traditional Norwegian sounds. They were particularly inspired by instruments like hardingfele, which has been incorporated into the finished anthem to give it a Norwegian feel. However, it was important for the group to keep their artistic integrity and they wished to make it their own. The final result is therefore a unique mix of Norway and Singapore, the traditional and the modern.

How do you feel about being featured by NBAS?

“It was our first time being featured alongside visual artists and was therefore very exciting for us!” says Andy.

The collaboration with NBAS marks a new direction for the up-and-coming group. The opportunity to be included in videos, podcasts and newsletters is the first step towards working in a multidisciplinary field. Moving forward, the group wants to continue producing instrumental sounds for diverse use. Moreover, the Norwegian influence is likely to stick. “Our sound is the embodiment of everything we come across,” says Andy. “It was interesting to reproduce Norwegian culture!”

Listen to the tune here:

Like our tune? Listen to Flame of the Forest new single, Shun Day: 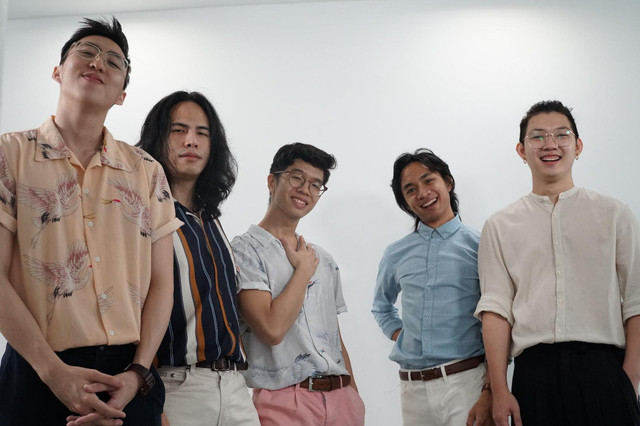 NBAS is collaborating with upcoming artists in Singapore and Norway to showcase their work, while we get a creative take on our graphic profile. In March 2021, NBAS will be featuring Guttestreker.

I am Norwegian and I work for Snefokk Markedsføringstjenester AS.