NBAS is collaborating with upcoming artists in Singapore and Norway to showcase their work, while we get a creative take on our graphic profile. From 18 January to 21 March NBAS will feature Henrik Gjerstad. Henrik was awarded with first place in ANSA-Juvenarte in 2020 and was supported by Danish Dreyer’s Fond in 2018 and 2019. This artwork by Henrik Gjerstad is protected by copyright and any copying is expressly prohibited.

Henrik Gjerstad (b. 1996, Oslo) is a Norwegian artist based in Oslo. For as long as he can remember, Gjerstad has been invigorated by art and the aesthetically beautiful. His relationship with art was cultivated whilst growing up with his father Pål Gjerstad and grandfather Ivar Gjerstad in their art studio in Oslo. Henrik’s understanding of art, its form and its expression, has been inherited and moulded over three generations of artists in his family. He is a very dedicated artist, specialising in the mediums of oil paint, acrylic, spray paint and digital art. He is known for his expressionist art, which often incorporates text and lyrics, as well as his abstract art which features organic shapes, deep textures and vivid colours. Street art and textures of urban environments form a core source of inspiration for Gjerstad, with many of his experiences and artistic interpretations developed during travels to various cities around the world including Singapore. For Henrik, the process of producing art ignites a journey to a free place where anything and everything can happen.

The specific quality that draws Henrik Gjerstad to the form street art and urban textures are the walls that have been painted and sprayed on over and over again, layer by layer over many years. It is not necessarily the font or text, or an individual piece of art on its own that that inspires him, but rather the colour composition and textural detail that reveals itself within specific snapshots of a graffiti wall. There is an added layer of complexity and fascination when the walls are sprayed down by different people, so that their individual works and unique styles become intertwined into one. The surfaces and textures of these layered walls also form a core role in the composition of textures and colours within Gjerstad’s artworks. Graffiti on a concrete wall has a completely different expression than, for example, on a wooden wall. For Gjerstad it is beautiful to see the unique patina of the surface under the graffiti. It is especially interesting to discover old remnants of colourful posters amongst the painted layers, forming an added layer of depth, texture, and varied materiality to an already complex composition. Henrik Gjerstad constantly aspires to integrate this quality of layered colours and textures into the creative process of his own works.

It is precisely this depth of several layers that Henrik Gjerstad seeks to incorporate into his artistic expression and technique. In the technical language, this quality can be explored through the lens of what is known as “Palimpsest”, which involves the sequence of erasing and painting on top of an existing layer, often leaving remnants of the past work. Most of Henrik’s paintings are constructed with a mixed media technique combining acrylic, oil painting, inkjet and other mediums. The base layer begins with a digital sketch. Once completed, this first layer is printed directly onto the canvas to act as both primer and as a detailed base coat. Then follows the application of core motifs and colours as an added layer over the base by hand, with either acrylic or oil paint. This is an exciting new method Henrik developed while studying art at the Rhode Island School of Design in the United States. The technique allows the paintings to manifest with a clear depth of several layers. As a young artist, Henrik Gjerstad believes it is important to keep up with current technology and experiment with the new opportunities and techniques that the digital age provides. It is a very time consuming and advanced technique, but it allows Gjerstad to achieve the degree of expression and complexity that he strives for in his art. Henrik is constantly striving to explore and discover new and exciting techniques for his future works. He hopes to build on his unique style of contemporary art, creating new and exciting forms of modern art well into the future. 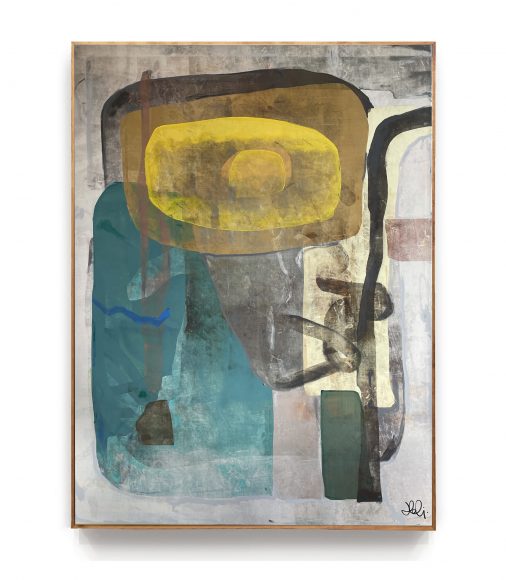 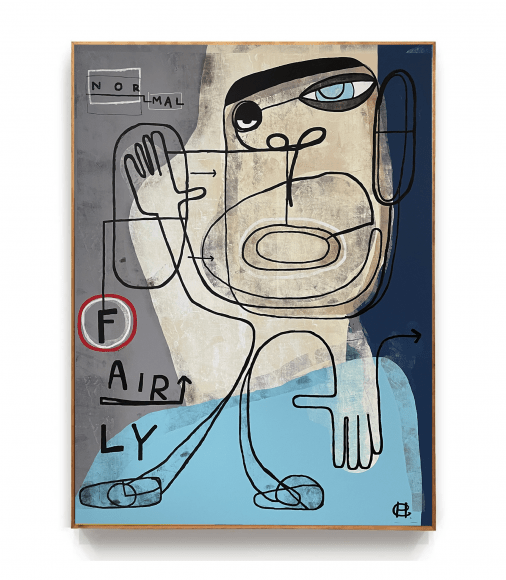 You can read more about the artist and buy his arts here.