Will Klippgen will be speaking at the event Access new markets and opportunities – from Singapore19th. We spoke to him about his experiences as a technology entrepreneur and investor in Asia. 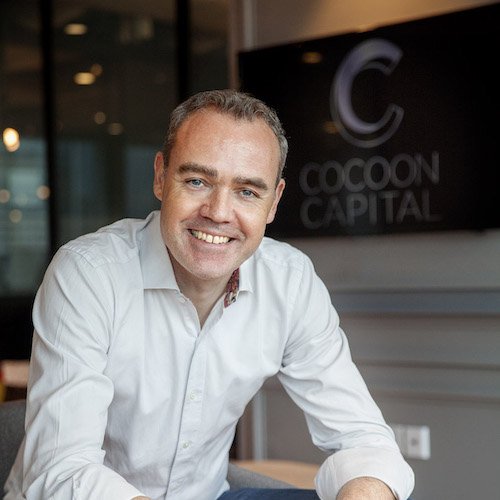 NBAS board member Will Klippgen has been working with internet-related technologies since the early days. He moved from Norway to the United States in the 1990s, and later returned to Norway where he started Zoomit, Europe’s first online price comparison platform that was later sold to Yahoo! When he eventually moved to Asia in the early 2000s, he noticed that the region was lagging behind in digitisation. Because Will knew how things had evolved in the US, and later in Europe, he felt that he might be able to predict future trends and developments in Asia.

“You can say I have surfed the dot com wave from the West to the East”, Will explains.

Will originally came to Singapore to do an MBA at INSEAD in 2003 and did not leave. He has become a central figure in the Singapore tech scene, starting out as an angel investor. In 2016, he co-founded  Cocoon Capital, with British business angel Michael Blakey. Cocoon is a venture capital firm that invests in seed-stage, B2B tech start-ups across Southeast Asia. “We want to be a different type of VC, one that aligns what we do with our fund investors”, Will explains. In practice, this means investing slowly, spending time to get to know the founders, and taking very low management fees in the process. The fund has invested in over 26 companies and is now managing more than USD 60m.

Why should Norwegian companies expand to Asia?

“The economic growth in Asia brings business opportunities”, he explains. Simply put, it is important to enter growth markets early and “be where it happens, when it happens”. Vietnam, for example, is one of the fastest-growing economies in the world and one of few countries which experienced a GDP increase during the pandemic. We have three investments in Vietnam at the moment and I feel the incredible energy and growth when I spend time there”.
Will explains that Asian consumers differ from consumers in Scandinavia. While Scandinavia is more technologically advanced, Asian consumers are younger and spend more of their dispensable income online as well as more time. There is no question that Asia is emerging as the dominant world market going forward, and it is important to be present early to develop an intimate understanding of how to adapt your products and services to the various groups of buyers here.

What is important to keep in mind when expanding to Asia?

“One must keep in mind that there are big differences within Asia”, says Will. Which market or markets companies should target is therefore highly dependent on the product or service being sold. As a general rule, he explains, one should aim for one or two countries in the initial stages. This is particularly true if the product requires cultural adaptation, as the culture and language will significantly differ from one country to the next.
Will also emphasises the importance of having a good country manager who is familiar with the market. Moreover, contrary to what has been the practice among Norwegian companies, the country manager does not have to be Norwegian. “Sometimes having a local country manager is a good way to enter the market, as you can tap into their network and knowledge”, he adds.

What are the benefits of expanding to Singapore, in particular?

“Singapore is a good base to reach other Asian markets”, Will says. First, the city-state is unique in its ease and comfort of living. The language, the diversity of cultures, and the good climate make it an attractive place to relocate. Second, and perhaps most importantly, the Singapore government offers a range of incentives for business. By supporting specific industries from the establishment phase through their expansion phase, they are making it attractive for people to start companies.
Will discusses several support mechanisms, including the entrepreneur visa (EntrePass) that allows you to stay in Singapore for two years to build a business. Moreover, there are attractive tax rules for employee stock options, you get tax refunds for investing in technology and the government provides financial incentives for international expansion. Most of the government support is available to any company that has at least 30% local ownership.
As a bottom line, Will states that “for many companies with global products, it is important to get out there as soon as possible. Singapore is an excellent, low-risk option for your entry into the Asian market”.
If you want to learn more from Will, sign up for the event Access new markets and opportunities – from Singapore.

I am Norwegian and I work for Snefokk Markedsføringstjenester AS.